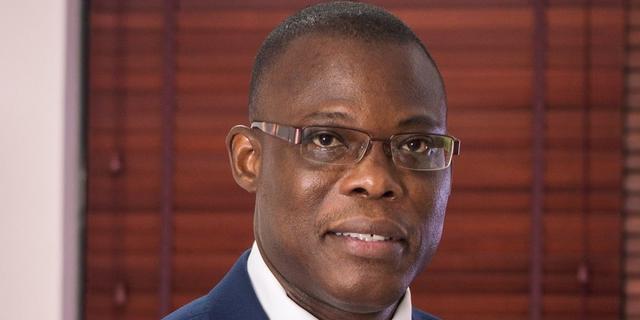 As part of thanksgiving for a successful campaign and elections, the newly elected national General Secretary of NDC; Hon. Fifi Fiavi Kwetey on Sunday 22nd January visited his home constituency to officially show his gratitude to the Chiefs and people of Ketu South for the immense support given him since he started party politics up to this current status.

At the early hours of the day, he joined congregants at Assemblies of God Church, Aflao to worship with them and later at Ss. Peter and Paul Roman Catholic Church at Aflao where Rev. Father Paul Torsu premised his sermon on how leaders especially political leaders should make word of God paramount, ignore luxuries of life and focus on development and welfare of humankind.
The Rev. Father spoke on outmoded nature of the 1992 constitution siting it as a major cause to Ghana’s problems and charged politicians to correct such to avoid the dictatorship nature of the executive arm of government which might trigger any revolution one-day.

In addressing all gatherings, Mr. Kwetey was firstly grateful to God for his mercy and guidance, to men of God for their prayers as well as all congregants for their support even those who are not delegates

Later, the team paid visit to Torgbi Amenya Fiti Adzongaga V, President and paramount Chief of Aflao Traditional Council in his Royal Palace where he (Torgbui Fiti V) recieved the General Secretary with much pride and blessed him to do more since much will be expected from him by his party members, Torgbi also asked all executives present to support their new secretary rather than backbiting him. He advised them to support their new secretary if they ready want him to succeed.

The next stopover was the Palace of Torgbuiga Addo VIII, of Kliklor and his elders; Torgbui Addo also showered words of wisdom on Mr. Fifi and asked him to be vigilant to his work as he did when he was serving them as a legislator some years ago. Torgbui Addo encouraged him that; he’s from a place (Ketu) where they do not fear any intimidation so he (Fifi) should be able to withstand any possible predicaments during his service to the party

At the Secretariat of Somey Traditional Council, Torgbui Adama III recieved Mr. Fifi with his elders who also referred him to his outstanding roles when he was a deputy minister of state and admonished him to leave up to expectations.

Mr. Fifi ended the tour at his hometown Nogokpo where he met Torgbui Saba III, Queen mothers and overlords of Nogokpo community.

Torgbui Saba III was very joyed for the Secretary showing loyalty to his home and charged him to be faithful to his people.
Torgbui on hehalf of his overloards and entire Nogokpo community pledged support to Fifi Kwetey as a true son of the land who never backs down on them.

The new secretary in addressing Traditional leaders thanked then for their love towards him ever since he started party politics, siting how he used to seek for their blessing anytime he intends running for any position and how they (Chiefs) never dissapoints him.

Mr. Kwetey seized the opportunity to plead with all to show their undying love for the NDC claiming it’s the only alternative in solving Ghana’s current woes, He also charged people to be invoked by the revolutionary spirit of their founder late Jerry Rawlings because whatever masterminded his 1979 revolution were just mere as compared to what’s happening today in Ghana.

In a brief meeting to end the tour, Mr. Kwetey thanked the entire team for their loyalty and how they stood with him especially during the day long activity.
Mr. Agbavitor on hehalf of Regional caucus thanked all his colleagues and Constituency executives for the tour.