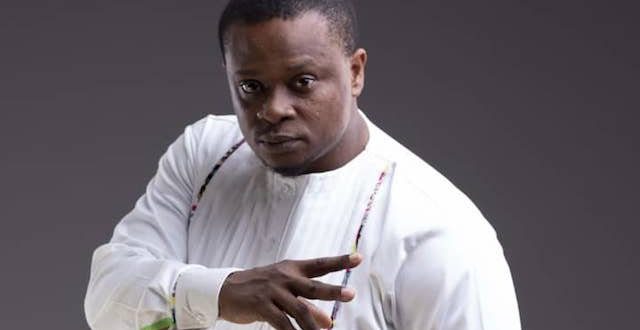 Appiah Dankwah, also known as Appietus, a legendary Ghanaian music producer, has described how he began including his distinctive “Appietus in the Mix” in songs he produced.

When asked why he decided to add his mark to the songs he recorded during an appearance on Citi TV’s “Upside Down,” Appietus told the show’s hosts Frema Adunyame and Nana Tuffour that:

” My wife and I went to Ghana Music Awards years ago, and I was not awarded…those who were awarded mostly had their signatures in the songs they had produced….so after the event, on our way home, my wife told me the only way I would also be awarded is when I infuse my signature in the songs”.

“She threatened to divorce me if I didn’t add my signature in all the songs I produced… Her advice has really helped me because I have won many awards since then”. He said.

In the ensuing decade since the beginning of his career, the multi-award-winning music producer has taken home six awards from the music business.

Because of the trademark “Appietus in the mix,” his name, Appietus, became well-known. The seasoned music producer explained that the word “Appietus” was derived from “Appiahs’ Tools.”

According to records, Appietus has produced more than 200 hit songs for the most well-known artists in the nation.