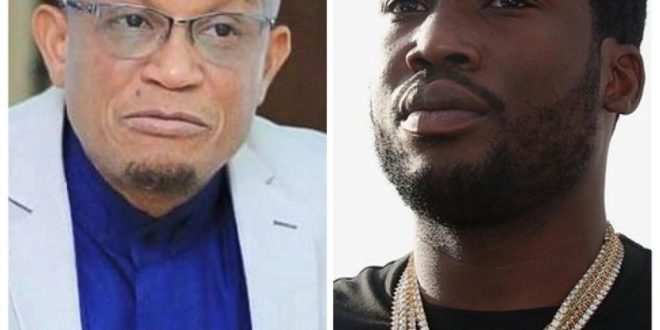 Mustapha Hameed, a staunch supporter of the current administration, has taken aim at those who have criticized Meek Mill’s contentious Jubilee House music video.

Mustapha Hameed argues that Ghanaians should be grateful to the well-known American rapper for bringing attention to Ghana and the country’s capital.

The outspoken NPP stalwart attacked the opposition NDC, claiming that they failed to recognize the Jubilee House’s potential and instead sought to convert it into a warehouse despite having made a commitment to turn it into a chicken farm.

Mustapha Hameed described the criticism around the music video as a “storm in a tea cup” and said it was making a “mountain out of a molehill” in a facebook post.

“I have seen the Meek Mill video. It’s actually beautiful, I love it. I thank him for projecting Ghana and the seat of governance to the whole world. Ghana is open, more people need to come in and bring in their investments too.

“I am here to also tell you, your anger is misplaced, nothing but a waste of emotions. You’re only angry because people you follow seem angry lol. Storm in  a tea cup, mountain out of a molehill.” He added.

“We thank God that Meek Mill saw value in the Jubilee House, took photos and some short clips and added them to his freestyle video for the whole world to see the magnificence of such a beautiful edifice.

There are people in this country who don’t see any value in that building, turned it into a warehouse at some point, and have promised to turn it into a poultry farm. Bloody hypocrites! Confused lot.”

Watch the video below