Breaking News
Home / Entertainment / I don’t go to church anymore; some of them don’t speak the truth — Asamoah Gyan 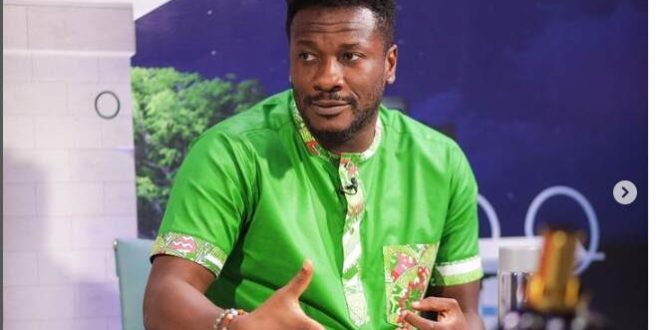 I don’t go to church anymore; some of them don’t speak the truth — Asamoah Gyan

Asamoah Gyan, the former captain of the Black Stars and the all-time leading scorer for Africa in the FIFA World Cup, has spoken more about his Christian faith.

The well-known footballer claimed that because most churches have gone away from the truth, he is now only a part-time Christian.

Asamoah Gyan claims he no longer attends church or reads the Bible after being baptized in the Methodist Church, but maintains that he is still a righteous person despite this.

“As Kofi Kinaata puts it, I am a part-time Christian. I was baptised in the Methodist Church, but I no longer go to church.”Now more than ever, they don’t speak the truth. Some of the churches don’t; however, the decision not to go to church doesn’t make you a bad person,” he said in an interview on Abeiku
Santana’s Atuu program.

He added, “Yes, I am a Christian. I just don’t go to church. I pray; we all pray. I don’t remember the last time I read my Bible, but I am a true Christian.”

The striker, who previously played for Sunderland of England, as well as other teams, stated that he is always willing to hear the gospel from anyone, depending on whether or not the preacher is deserving of the title.

“My mind is always hot.” “If you sit me down to preach God’s word, I will listen, but before then, I need to analyse the person, especially when I know their lifestyle,” said Asamoah Gyan.