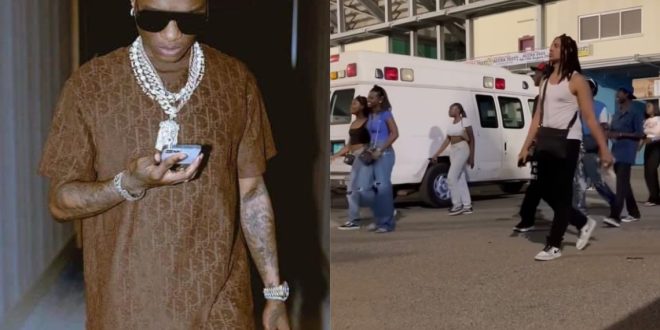 All ticket holders for the Wizkid Live (in Ghana) performance on December 10 at the Accra Sports Stadium will receive a full refund, according to the concert’s organizers, The Live Hub.

The event’s organizers expressed regret for the inconvenience in a press release and requested all ticket holders to email their unique barcodes to the business in order for the payments to be made.

The majority of the artistes on the program finished performing, but Wizkid was nowhere to be seen.

After waiting for hours and learning that the “Starboy” would not make it, on December 11, fans began to leave the location about two in the morning.

According to some of the patrons, aside from the disappointment of the main headliner, the organizers did a poor job with sound and lighting, a situation that marred the performances of artists like Gyakie and Yaw Tog.

Prior to performing in Ghana, the Grammy Award winner performed to similarly packed houses at the Accor Arena in Paris, Madison Square Garden in New York City (on November 16), and the Ziggo Dome in Amsterdam, The Netherlands, on November 24.

After making his debut with Akon in 2018, Wizkid’s third performance in Ghana would have been Wizkid Live.

Additionally, it would have been his first time performing as the opening act and the debut of the new record in Africa.

Wizkid spent the majority of his 2022 touring and promoting “Made in Lagos.”

I'm a radio Dj,blogger,teacher and entertainment critic who loves music and like promoting creative art to the world.
Previous I don’t go to church anymore; some of them don’t speak the truth — Asamoah Gyan
Next Today’s front pages: Tuesday,13 December, 2022