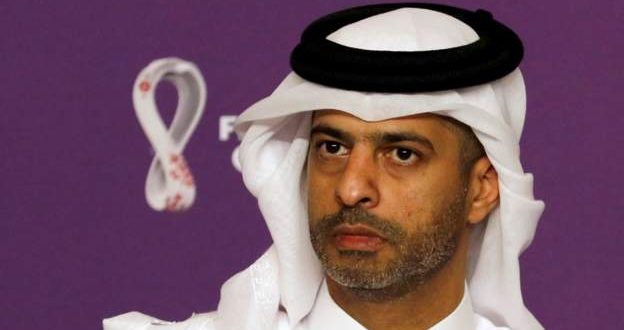 Human rights organizations have criticized the chief executive of the Qatar World Cup for responding, “Death is a natural part of life,” when questioned about a migrant worker’s passing at the event.

Fifa, the world’s governing body of football, expressed its “deep sadness” on the worker’s passing during the group stage.

Nasser Al Khater, the head of the competition, expressed disappointment at journalists’ inquiries about the issue in an interview with Reuters.

Human Rights Watch representative Rothna Begum claimed that the Qatari official’s remark “displays a callous disdain for the migrant worker who has perished.”

His assertion that deaths occur and are normal when they do ignores the reality that many migrant worker deaths could have been avoided.

I'm a radio Dj,blogger,teacher and entertainment critic who loves music and like promoting creative art to the world.
Previous Accra taxi driver jailed 2 years for trying to give 5-cedi bribe to policeman
Next Today’s front pages: Thursday,9 December, 2022