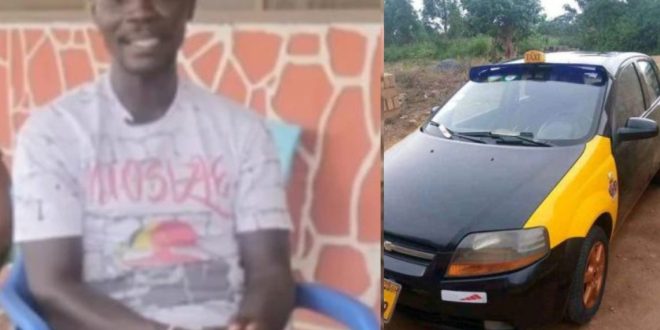 A taxi driver who attempted to bribe a police officer with GHC 5 after committing a traffic violation has been given a two-year prison sentence.

David Ayensu was undoubtedly used to committing such crimes and getting away with it by paying the police who apprehended him.

When the police pulled him over, he was operating a vehicle with a suspended license.

He stated the following in an interview with Crime Check TV:

“Another police officer took my updated license, so I was using an old one. When the officer took the expired license, I immediately took out Ghc 5, filed it in an AMA operating card, and gave it to him because I knew I had erred.

The MTTD officer returned Ayensu’s money and his driver’s license, but his issues persisted.

When the bribe was rejected, other members of the patriotic officer’s squad yelled at Ayensu to stop, but he ignored them, thinking that his earlier attempt to bribe the first officer was sufficient cause for his release.

Even though other people urged me to halt, the other cop pursued me on a motorcycle. I went through the yellow light just as the police was catching up

The officers dragged him to their station where he was charged with careless and inconsiderate driving and then arraigned before a court. He pleaded guilty to the charges proffered against him.

“I was fined GHS1000, but I could not pay. I was jailed for two years at the Ankaful Main Prison.”