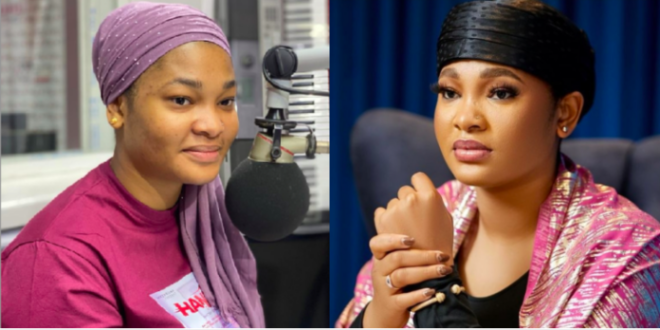 Actress Habiba Sinare has come under fire from social media user Saajida Shiraz for claiming that Northern males are “difficult” to break up with.

After getting divorced from her ex-husband, former Black Stars player Abdul Majeed Waris, Habiba Sinare states that her assertions against Northern men came to be.

It appears that Habiba Sinare’s remark did not sit well with many Northern ladies because Saajida Shiraz, a social media user, has fired Habiba Sinare.

“This post is about Habiba Bassit, who for purposes of clout has decided to abandon her surname for her mother’s family name to capitalize on the Sinare good name. Someone tag her.

You know who I am. You should, cos we have an active police case. I’m daring you to open your mouth, so I can tell everyone how twisted you are.

Hear this now though.

1. Leave our brother alone. He’s not your immediate ex-husband. The husband you divorced after less than a month of marriage was not a northerner. There are sucky men in every culture.

2. For someone who has begged several other northern men to marry her without success, you sure can lie

. You faked several conditions to push them to marry you and they said no, and you still have the audacity to sit down and lie? Girl, shift. You know I have screenshots and voice recordings.

3. You have consistently appropriated northern culture to serve you. When your career failed to take off in Accra and Nollywood, you quickly run to the north to save yourself. But what did you do? You manufactured culturally inappropriate stories about us. You were the lead actor in Savannah, a story that told the world dagombas to engage in female genital mutilation. Now your fake apology says what? That, you’ve promoted northern culture? Madam move.

I’ve been watching you, a self-confessed drug user, come online and pretend to be nice. You remember when you called me in August? I have every single recording, every text message. I dare you to respond to any of this, and I’ll expose you. I’m holding back now cos I value my reputation and don’t want to tussle with narcissistic megalomaniacs like you who’ll take any opportunity to get their name in the media.

When you bought that number to call and abuse me, you dared me to find you. Well, I did. It’s on!!!