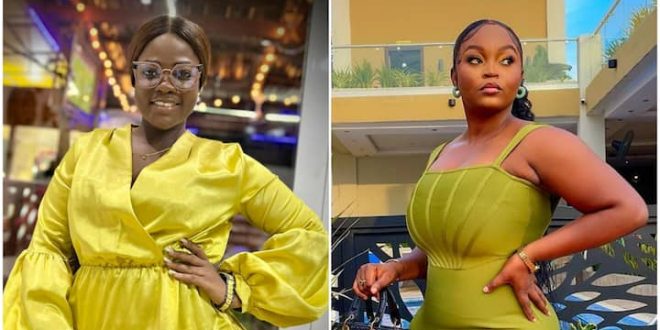 In response to allegations that she cheated Tiktok star Asantewaa, Eyram, the mother of Aaron Adatsi, who stars in the Yolo TV series and is also known as Cyril, has at last spoken out.

A few weeks ago, it was widely rumored in a number of blog entries that Eyram had reportedly cheated Asantewaa of GH320,000—payment for the construction of a one-story structure house—through a contractor.

Eyram has finally spoken on social media to share her perspective with her followers after a protracted period of silence.

The single mother vehemently refuted the allegations that she had deceived Asantewaa in the message she posted on her social media accounts.

Eyram revealed that she introduced Asantewaa to the said contractor, however, she wasn’t directly involved in the contract.

Additionally, she stated that the contract amount was GHC 223,845, not GHC 300,000, and that the Asantewaa paid it in weekly installments via MTN Mobile Money.

According to the contract, the aforementioned amount was intended to cover the foundation, first story, ground floor, and decking.

The statement further revealed that on November 15, 2022, Eyram, Asantewaa, and the contractor visited the project to conduct an inspection.

They examined the structure and discovered that it was 90% complete.

But there was a misunderstanding over the contract amount between Asantewaa and the contractor.

View her complete message below.