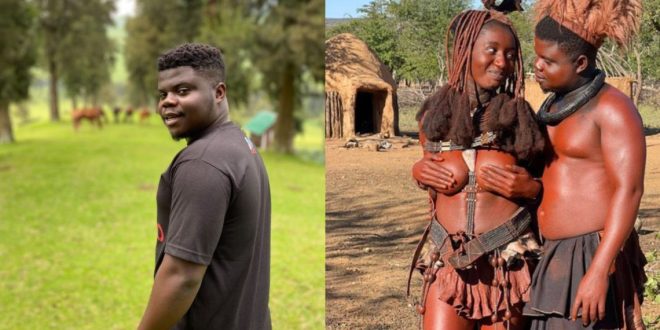 According to Wode Maya, his previous relationship ended as a result of a picture he uploaded online.

The well-known YouTuber claims that his ex-girlfriend quickly broke up with him after learning that he had traveled to Namibia and took a photo with a half-naked member of the Himba tribe.

Wode Although the event was a part of his YouTube video, Maya claimed that his ex-girlfriend did not treat it lightly. She made the decision to end the marriage.

In a film he made about his interactions with the Himba tribe on July 28, 2021, Wode Maya revealed that it is traditional for Himba males to let their wives share beds with their male visitors as a sign of friendliness.