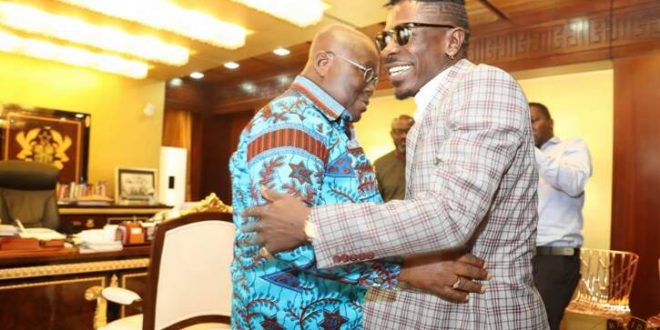 Shatta Wale, a contentious dancehall and afrobeat musician, has criticized the president for the ongoing difficulties in Ghana.

The current economic crisis in Ghana has almost everyone alarmed, and President Nana Addo has come under fire for failing to stabilize the economy.

In a video, Shatta Wale urged the president to take action to address the nation’s present problems. According to the musician, Nana Addo has not had a significant impact on Ghanaians’ lives since becoming government.

Shatta Wale says that President Nana Addo has done little to make the economy function when compared to Former President John Dramani Mahama. He also criticized the presidential authorities for not providing the president with the full picture of Ghana’s economic situation.

Shatta Wale said, “It’s just that some of us in this country are cowards.”