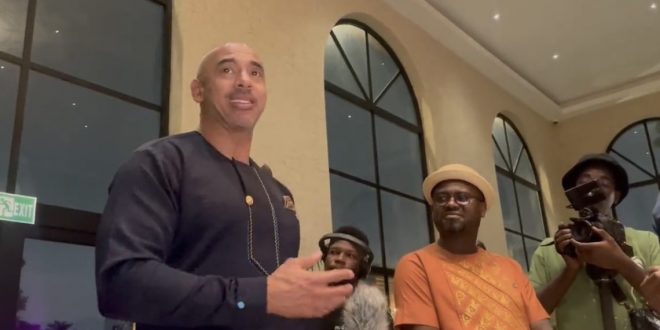 There are some misconceptions about the introduction of an Afrobeats category in the Grammy Awards, according to Harvey Mason Jr., Chief Executive Officer (CEO) of the Recording Academy, which organizes the Grammy Awards.

He made the statement in response to a recent announcement that the world’s most renowned award program was considering adding an Afrobeats category.

On September 26, 2022, Harvey remarked that while conversations were ongoing over the inclusion of Afrobeats in the program, there were still some issues to be resolved. Harvey was speaking to stakeholders in the arts in Accra at the time.

“You might understand why there is one issue with the people I met with. The Afrobeats community is divided on what the category should be called, what genre of music should be honored, and what should be appropriate and suitable to the category. I responded by saying that we need to realize that there are many other genres of music.

Harvey mentioned that the Recording Academy recently met with Afrobeats songwriters, producers, and music industry executives to gain deeper understanding of the genre.

“We just discussed what are the many Afrobeats sub-kinds; the demands, the desires, and my goal is to represent all genres of music at the Grammys, including Afrobeats, but it has to be done properly,” he stated.

But he pointed out that, despite being the Recording Academy’s CEO, deciding to introduce a category is not entirely within his purview. Every proposal must be submitted by an academy member for review and discussion.

Afrobeats, a term used to describe modern sounds of Africa, has gained a lot of currency in the world in the past few years. The Afrobeats (with the “s”) is different from the genre Fela Kuti created. While Fela’s Afrobeat (without the “s”) is a genre, Afrobeats is rather a descriptive word for “rhythms from Africa.”

As a result of Afrobeats dominance on the global music scene, the British Official Charts Company published on its site the UK Afrobeats Singles Chart in 2020.

The argument, however, has been about getting a clear-cut definition for Afrobeats since it lumps up many African rhythms.