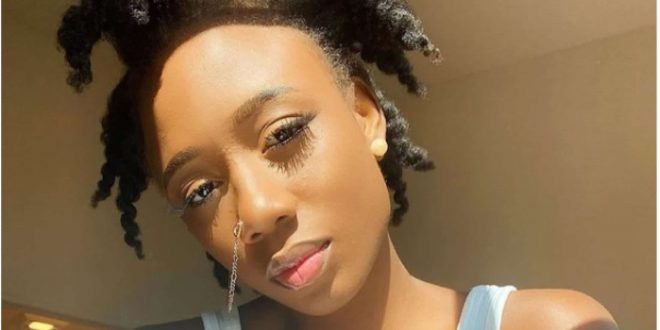 “I don’t think I’m going to ever marry again. That institution is not easy”- Says Korra Obidi

The mother of two, whose husband revealed he was divorcing her just 5 days after they received their second child, claimed she gave her marriage her all.

Korra Obidi has declared that she doesn’t believe she will ever remarry and she provided justifications for her assertion.

She claimed to have done everything a wife is supposed to do, including cooking a variety of meals, giving him “doggy style, trampoline style, elephant style,” purchasing seductive lingeries, and more.

She continued by saying that although the “institution” was difficult, she gave it her all.

She then strongly advised against getting married to her.

She added that out of respect for the man, she had to temper her personality and other characteristics when she got married.

She continued, saying she enjoys having her own room to do as she pleases.

She declared, “I don’t think I’ll ever get married again.”

View her speaking in the video down below.

I'm a radio Dj,blogger,teacher and entertainment critic who loves music and like promoting creative art to the world.
Previous Today’s front pages: Tuesday,2 August, 2022
Next We have no intention to make profit from sim registration app – Ursula Owusu-Ekuful