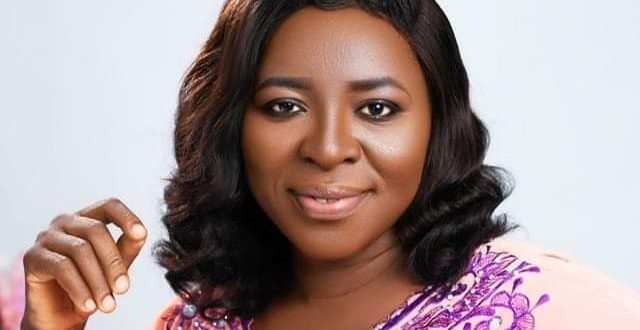 Lady Ophelia still relishes the thrill of performing live and audience at the 6th edition of Ghana Music Awards UK enjoyed this experience over the weekend at the Labadi Beach Hotel in Accra.

The launch of GMAUK22 had many music fans and industry players racing to claim their seats as the worship leader gave them a performing experience ahead of her coming new song “Nkunimdi” which was announced via her social media page last week.

The ‘M’aseda nnwom’ singer is always keen to perform her fans’ favorite songs on stage.
She said: “The crowed let me know which is their favorite from my released songs. I try to connect with them. Whatever gospel music fans want, that’s what they get from me.”

While many other musicians like Kobi Rana, KK Fosu, Kwabena Kwabena, Jayana, Joyce Blessing performed at the show, some music lovers and key industry players described her performance as a spectacular one.

One said to her after her performance “You did great. That was brilliant,” he said.Abeiku Santana, host of Okay FM’s drive time show added: “You’re good. That was spectacular performance.. I enjoyed it.”

Write Up by Nana Reagan

I'm a radio Dj,blogger,teacher and entertainment critic who loves music and like promoting creative art to the world.
Previous Lady Ophelia announces release of new song “Nkunimdi” on July 6
Next Rappers in Ghana now are better than those in my generation, says Okyeame Kwame