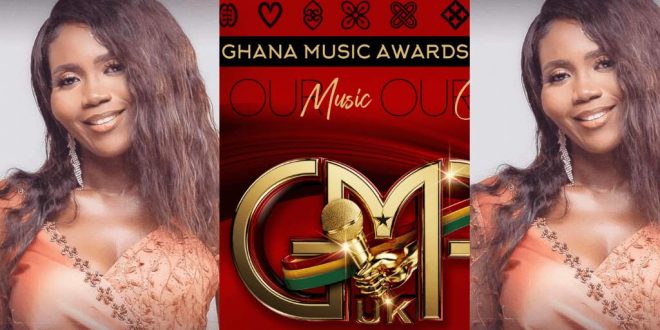 Organizers announced the nominations for the 6th Ghana Music Awards and Ghanaian UK based gospel singer Getrude Korateng known by her stage name Trudy received two nominations, including UK Based Gospel Song Of The Year.

The singer was also nominated for UK Based Best Collaboration of The Year and Best Music Video of The Year for her “Faith” song which features multiple award winning gospel artist Kofi Sarpong.

In response to her GMAUK22 nominations, she posted on Facebook on Monday, “This is an exciting news. Got three nominations at GMAUK22. Glory be to God and thanks to my team at Media Excel for the efforts and their hard work. Thank you so much. Greatest team in the world.. Thanks to the organizers of GMAUK as well”.

Trudy emerged in 2021 when, through her record label Media Excel Productions, she released her first single “Faith” from her yet to be released studio recording album.

The worship and praises leader, whose identity was revealed in late 2021, just last month blessed gospel music lovers with another offering from her yet to be released album titled “Testimony”.
Her body of work mainly consists of faith and victory based lyrics.

The nature of her work also has to do with who she is as an artist seeking to encourage faith believers to continue looking up to God in every circumstance they find themselves.

I'm a radio Dj,blogger,teacher and entertainment critic who loves music and like promoting creative art to the world.
Previous Today’s front pages: Tuesday, July 5, 2022
Next Lady Ophelia Bags An Award At The 2022 Ghana Music Awards UK