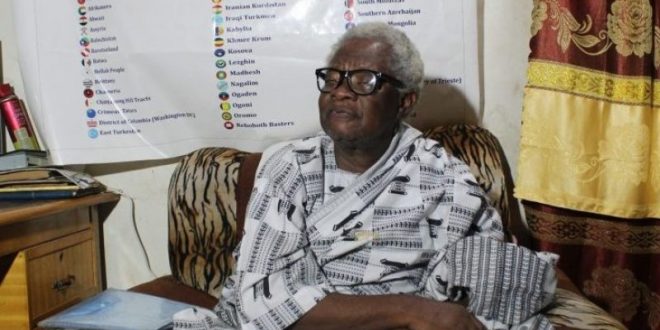 Multiple sources gathered by 3news.com said Papavi, as the leader is popularly known, died on Saturday, October 16 at the Keta Government Hospital.

The octogenarian had been leading an insurgency, demanding the secession of the erstwhile Western Togoland, which covers modern day Oti and Volta Region’s as well as some part of the North-East Region, from Ghana.

The 88-year-old has been standing trial for treason but recently called the bluff of the Attorney General.

I'm a radio Dj,blogger,teacher and entertainment critic who loves music and like promoting creative art to the world.
Previous Lilwin Signs As A New Player Of New Edubiase United
Next Koforidua: Police arrest dozens of QNET agents and recruits for scam