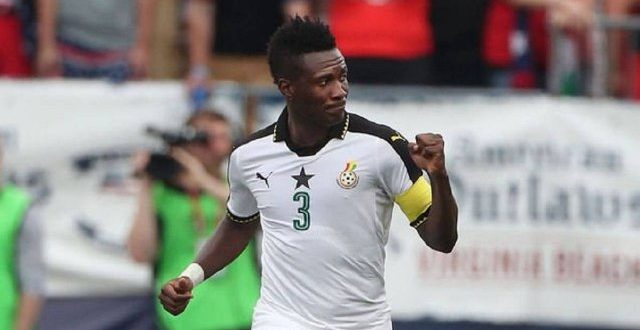 Thus, Asamoah Gyan has now revealed that he is not done with football and is working towards returning to the top level, including playing for the Black Stars again.

“I have not retired from football. There were some injuries last season, but I am not done playing football. I can wake up one day and announce my retirement from football but at the moment, I am active,” he said in an interview with Kessben FM.

“People will criticise me but I am only hoping to get back to my normal form and weight but if I am not able to regain my form, then I will call it off. But at the moment, I am working on myself to lose my weight.

“I returned to Legon Cities and you could clearly see that things did not go as planned because I have put on weight but I am giving myself another season and I trust I will be back to my form. And if I am on my form, I don’t think I will be overlooked. But for retirement, not now.”

As a reminder, 35-year-old Asamoah Gyan has not been featured for the Black Stars since playing at the 2019 Africa Cup of Nations (AFCON) in Egypt.

Gyan returned to the Ghana Premier League ahead of the start of the 2020/21 season after joining Legon Cities.

While the move sparked excitement among local football fans, the striker was reduced to just six appearances following a series of niggling injuries.

I'm a radio Dj,blogger,teacher and entertainment critic who loves music and like promoting creative art to the world.
Previous I don’t believe in God – Barima Sidney
Next NDC won the 2020 polls but our arms were twisted, 2024 is ours – Mahama