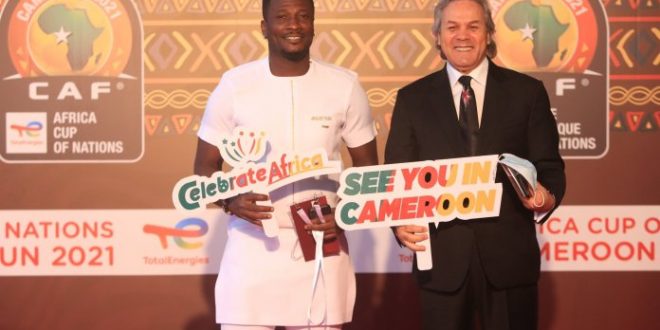 The Confederation of African Football (CAF) recognizes Ghana forward Asamoah Gyan as one of the most illustrious footballers of his generation and as a result, has placed much respect on his name.

At the 2021 AFCON draw which was held on Tuesday evening in Yaounde, Cameroon, Asamaogh Gyan was addressed as a CAF legend alongside several high-profile African football figures.

Asamoah Gyan was part of the special African footballers who were specially invited by CAF to partake in the draw.

Didier Drogba, Rabah Madjer, Samuel Eto’o, Rigobert Song, and Roger Milla, were some of the African football legends present at the draw.

I'm a radio Dj,blogger,teacher and entertainment critic who loves music and like promoting creative art to the world.
Previous Today’s front pages: Wednesday, August 18, 2021
Next I don’t believe in God – Barima Sidney