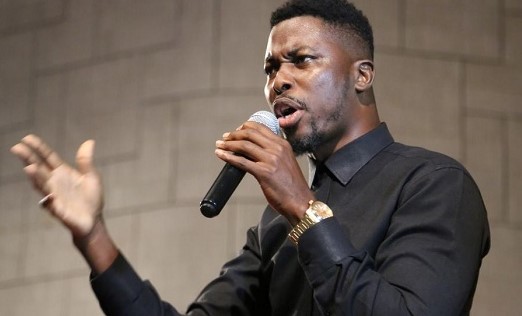 The absence of some celebrities at the ‘Fix the Country’ demonstration which was held on Wednesday, August 4, 2021, is still generating conversations.

One of the very loud voices in the campaign on social media, musician A Plus who did not turn up for the protest has said on UTV that he did not go because he saw it as a mere jogging or health walk.

He said because he was not ready for that, he decided to stay home and sell his cement.

A Plus, also said that even though he acknowledges the fact that demonstrations are useful, he was not convinced that one that was staged on Wednesday would achieve any results.

According to him, they had no plan and focus!

In the meantime, broadcaster Blakk Rasta who was at the demonstration said on ‘The Chat’ Citi TV that most of the celebrities that did not make it are like Andrew Liver Salt.

Tags A plus Fix The Country

I'm a radio Dj,blogger,teacher and entertainment critic who loves music and like promoting creative art to the world.
Previous VIDEO: See how Amerado, Yaw Tog, Kweku Flick murdered Timwestwood’s freestyle session
Next Herbalists kill customer who came to them for money ritual, then used his body parts to do money ritual for themselves