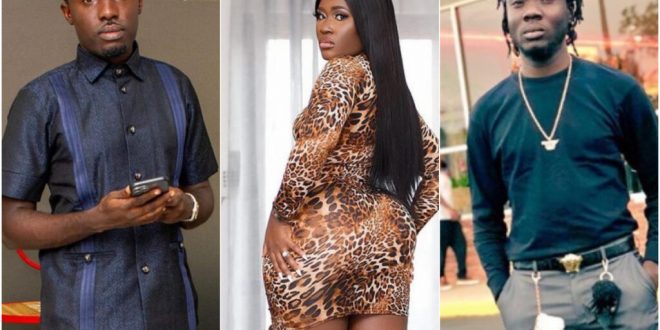 Ghanaian rapper, Showboy who is currently in a US prison serving his jail term after being linked to the death of Junior US has made a startling revelation about her former friend, Criss Waddle.

Showboy alleged on his Twitter page Criss Waddle had an amorous affair with his label signee, Medika’s wife and actress Fella Makafui.

According to the founder of Hype2Gang Criss Waddle ch0pped Fella Makafui before she got married to Medikal in 2020.

I'm a radio Dj,blogger,teacher and entertainment critic who loves music and like promoting creative art to the world.
Previous Herbalists kill customer who came to them for money ritual, then used his body parts to do money ritual for themselves
Next Today’s front pages: Monday, August 9, 2021