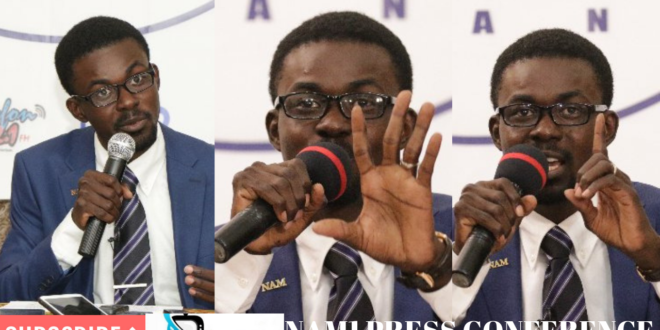 Nam1 Claims He Don’t Owe Any MenzGold Client, Says The Company Itself Owes Him

The CEO of defunct Gold Dealership Company, MenzGold, Nam1 known in real life as Nana Appiah Mensah has disclosed that he’s not owing anyone as his company even owes him.

His comment came up while responding to some clients of his company whose monies have been locked up after investing in the company.

According to him, he doesn’t owe any Ghanaian who invested in the company as the company is supposed to pay them hence they should attack MenzGold not him.

He said, “Menzgold will definitely pay youthat’s if you’re truly owed by the company. | DON’T OWE YOU OR ANYBODY. This is a matterof FACT. | am actually also owed heavily by the COMPANY. We are patiently waiting. ThankYou”.

Nana Appiah Mensah’s company was closed by the Security and Exchange Commission as it’s currently facing the wrath of the law.

The company client’s funds have since been locked up as efforts to retrieve their investments have proved futile as the firm’s funds are also locked up by the government authorities.

I'm a radio Dj,blogger,teacher and entertainment critic who loves music and like promoting creative art to the world.
Previous I hate my son because he dated my ex-girlfriend – Bukom Banku
Next University of Ghana: Students filmed ‘servicing’ themselves following teachers strike [Video]