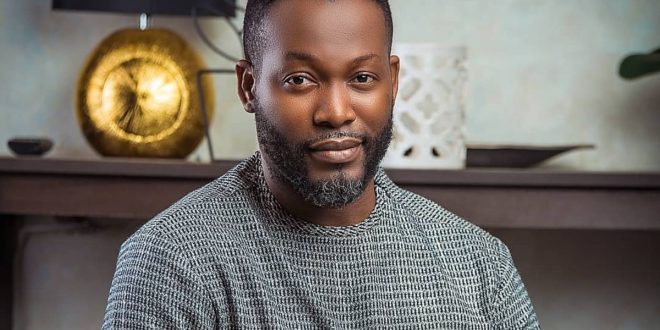 Actor Adjetey Anang, popularly known as ‘Pusher’, has revealed that he turned down a role on homosexuality in his early days of acting.

Speaking in an interview on Joy FM’s Showbiz A to Z, he said he made that decision out of fear over the influence the role may have had in his life.

“I turned down a role on homosexuality. It was requesting me to be in briefs and some scenes naked. I mean, these were pretty early days for me, and I didn’t want to position myself to be showing my butt to the world,” he said.

He added that another reason he declined acting the role was that “the story had no position where the story states the stance on the issue whether they were for it or against it.

He stated that he was not prepared for a gay role because of the backlash he could get from the viewers.

“You know people haven’t really accepted that or people were not even beginning to question or find details of this culture or lifestyle, and here I was projecting this character,” he said.

He, however, stated that he did not turn down a gay role in the ‘Run for your wife’ movie because the lines were really spelt out and were well structured.

“This is a story that has gone through the process. This is a movie that somebody thought was a nice subject of the day, and why not just throw it unto the market, it would draw the audience coming in.

“So it was a two different thing in one, somebody was taking advantage of a scenario just to make money and the other it was well structured,” he added.

I'm a radio Dj,blogger,teacher and entertainment critic who loves music and like promoting creative art to the world.
Previous Policewoman allegedly murdered in cold blood by boyfriend
Next There Is No Rapper Like Me In Africa – Sarkodie Brags