Breaking News
Home / Entertainment / “I’m enjoying success because I am original. I do not copy other artistes” – Black Sherif 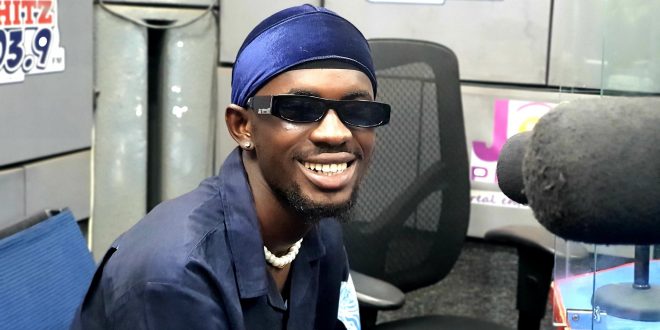 “I’m enjoying success because I am original. I do not copy other artistes” – Black Sherif

Black Sherif has attributed his sudden rise and success in the music industry to originality and the personal resolve to stay true to whom he is and not to copy other artistes.

According to the “Second Sermon” hitmaker, he has always believed in originality and even when he was in the background and had not garnered the attention he has now, he never thought of emulating the styles of other musicians ahead of him.

Mohammed Ismail Sherif known professionally as Black Sherif said he has been receiving support from Ghanaians since the beginning of his career and he believes his originality has helped him to come thus far.

“The reactions to my songs on YouTube and the positive comments I read online show that I am doing something great. Since I dropped Money and Destiny last year, the support has been massive till today and that has been encouraging.”

“Not many up and coming musicians get the huge support at the beginning of their careers but the support I am getting now is overwhelming,” he said.

Black Sherif has some good songs like Money, Ankonam, Ade Akye, etc but believes the way his First and Second Sermons are performing and receiving massive traction is based on dint of hard work and staying true to himself.

Black Sherif believes he is going to stay relevant in the music industry as long as he does not switch or copy the styles of other artistes.

“I want to stay around for a very long time and that will all depend on the songs I drop. I have a solid team behind me who make sure what I put out is the best and all the positive reviews I’ve had so far are very encouraging,” he said.

Black Sherif is certainly the trending artistes in Ghana at the moment based on the popularity of his two singles “First Sermon” and “Second Sermon”. Two songs that chronicle the hustler’s story and put his journey as a musician into proper perspective.

I'm a radio Dj,blogger,teacher and entertainment critic who loves music and like promoting creative art to the world.
Previous BBNaija 2021: Maria Exposed For Lying That She Was 29 When She Is Actually 35
Next Police officer allegedly shoots Poly student to death for smoking weed