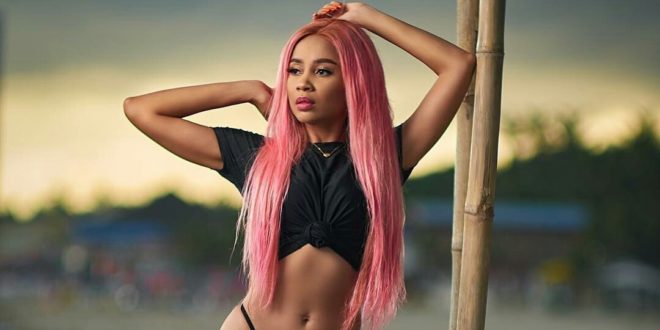 Earlier this year, Ghanaian singer Deborah Vanessa, also known as Sister Derby, announced to her fans that she has finally joined the X-rated platform, OnlyFans.

In a quest to earn money, she urged her fans to subscribe to the site which is widely known for pornography. However, many people thought she joined the platform just to make headlines and for the fun of it.

Apparently, the speculations were all wrong as Sister Derby is actively selling her nudes on OnlyFans for a minimum subscription price of GHC30 ($4.99) per month.

She is one of the million content creators who share photos and videos with subscribers for a monthly fee.

A trip to Sister Derby’s OnlyFans shows her in a series of bedroom videos dressed down in lingerie while posing for the camera to capture her flawless skin.

Watch the videos below.

OnlyFans is a social media platform that allows creators to post a range of content from beauty to fitness videos, but it’s widely known for explicit content or pornography.

Creators can allow their fans to pay for content via a monthly subscription between $4.99–$49.99 each month. In return, the site takes 20% of their earnings.

OnlyFans became a cultural phenomenon during the pandemic, as lockdowns pushed people online to make and spend money.

The British-run social media platform has become one of the UK’s fastest-growing tech platforms, with more than 120 million users worldwide.