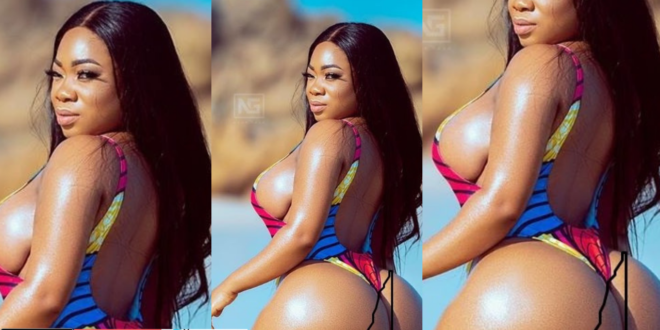 There seem to be more troubles for slay queen Moesha Buduong who repented and gave her life to Christ some few weeks ago.

According to new information from Instagram blogger, thosecalledcelebs, has revealed that Moesha is been asked to leave her rented five (5)bedroom house.

The blogger revealed that Moesha despite claims that she built a five(5) bedroom house, bought a Range Rover and a Land Cruiser Prado actually rented the house.

From the blogger, Moesha rented the huge apartment for 12 months thus 1 year but as it stands now, she has only a month left to stay in the house.

The owner of the apartment has however served her a letter asking her to leave the apartment if she has no money to renew her rent.

Looking at the current situation and predicament of Moesha Buduong, many are of the belief that she wouldn’t be able to raise funds to pay the rent.