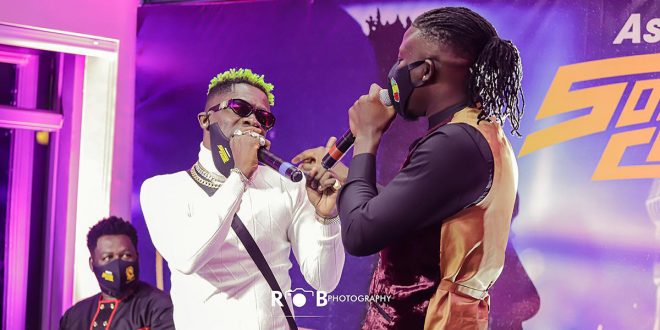 Legendary record music producer Kwame Appiah, also known in showbiz as Kwame Mickey, has made an assertion citing that in five years to come, Ghana will produce artists who will blow more than what Shatta Wale, Sarkodie and Stonebwoy has already done.

In his opinion, Ghana would generate musicians greater than Stonebwoy, Sarkodie, and Shatta Wale in the next five years.

Speaking with Ernest Adu Kumi on Accra-based radio station Asempa FM over the weekend, Kwame Mickey, mentioned that the music sector is going to see greater things now that the many music producers in the nation have come together under one tent to pursue a single aim.

His comment comes on the back of what artists like Kuami Eugene, King Promise, Kidi, and others are doing in the music business.

According to Mickey, he believes there will be certain artists in the nation in the next five years who will be larger and do more than Stonebwoy, Sarkodie, and Shatta Wale are doing.

According to him, the organization is looking for natural talents who will take over the music business and sell it to the rest of the globe in the next five years. Kwame Mickey, who is confident in his declaration, advised Ghanaians to take heed of it because it would undoubtedly come to pass.