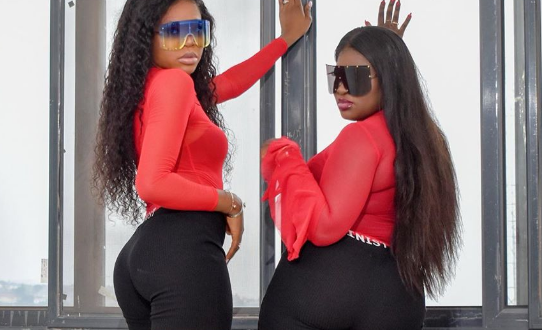 Ever thought Sista Afia and rapper Freda Rhymz are not on good terms after nearly engaging in fisticuffs last year?

Well, Sista Afia says she loves Freda because she is respectful. Wait! That’s not all. She also says Freda is a very good friend of hers.

This comes after the two traded insults at each other last year during what was best described as the Beef Triangle.

Sista Afia was even featured on Freda Rhymz’s’ Saucy’.

But Sista Afia told Emmanuel Sarpong on Citi Countdown on Citi TV that the whole rap beef with Eno Barony and Freda Rhymz was planned to give the female rappers some relevance.

“I love Freda, regardless of what has happened. I mean conspired between me and her. We are soul sisters. Freda is one of the coolest girls I’ve ever encountered in the field. She’s very respectful to me,” she noted.

According to her, even though at a point it was getting nastier than she expected, she believes it served its purpose.

And for those wondering how a singer like Sista Afia suddenly got involved in a rap battle, she says she has always been a rapper. She used to rap during her school days until she later found her strength in singing.

Sista Afia is known for songs such as Are You Ready, Krokro No, Party, Paper, among others.

Her latest remix of Sika which features Sarkodie has gotten rave reviews from music fans and critics.

I'm a radio Dj,blogger,teacher and entertainment critic who loves music and like promoting creative art to the world.
Previous KiDi responds to people bashing him for charging high prices for his concert
Next [New Music & Video] His Glory by Ohemaa Mercy