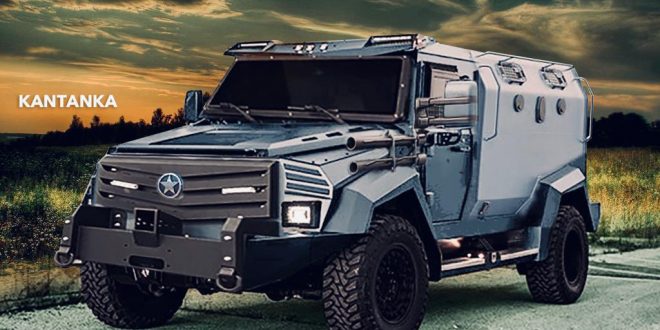 Safety of security personnel carrying monies from banks became a hot topic for discussion after a daylight bullion van robbery in Accra took the lives of a police officer and a pregnant lady.

Many comments came after it was established that most bullion vans in the country, including that from Bank of Ghana(GBC), use common pick up vans instead of Armored vans.

The IGP in an address after the death of a young police officer disclosed that banks have been given an deadline of July 2021 to get armored bullion vans or lose protection from the Ghana police.

Kwadwo Safo Kantanka shared a picture of a proposed bullion van to be produced in the country for the security of money and service personnel.

“@KantankaAuto Armored bullion vehicle. Your money is SECURED with this. The service personnel is SAFE with this.” he tweeted.

Tweets in response to this good call from the Ghanaian own company have however been negative with many alleging that Kantanka is not well equipped to produce such vehicles.

Some even shared similar images found online to accuse the Kantanka group of photoshopping an image and claiming ownership.

Read some reactions below.

I'm a radio Dj,blogger,teacher and entertainment critic who loves music and like promoting creative art to the world.
Previous Breaking: Nana Agradaa Slapped With Ghc 310,000 Fine After Pleading Guilty In Court Today
Next [New Music] Chief One – Young Boy ( Prod by Hairlegbe )