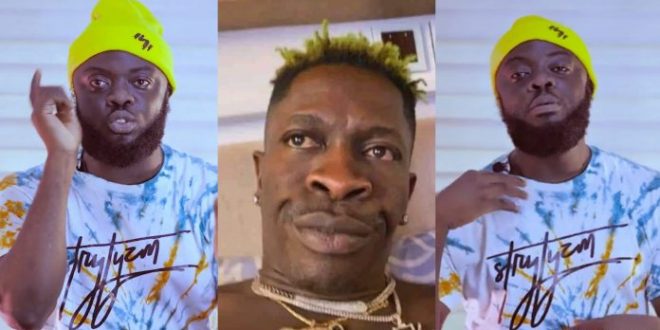 It all started when artists in Ghana received slight trolls on social media by Netizens and some bloggers in Ghana, following Burna Boy and Wizkid’s Grammy awards.

He went hard on Kwadwo Sheldon as he claimed he can take care of his parents.

However, the young YouTuber has gone hard on Shatta Wale in a video he shared on his YouTube channel.

The ‘Yawa of the day’ host ended with an advice to Shatta Wale to produce good music because he can never win an award in Grammy’s with his song ‘Hajia Bintu’.

I'm a radio Dj,blogger,teacher and entertainment critic who loves music and like promoting creative art to the world.
Previous Giovani Caleb lied about his sexual escapades with me – Abena Korkor
Next Achimota School rejects GES directive to admit students with dreadlocks