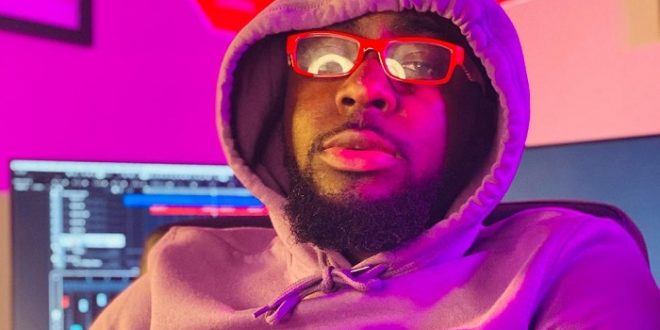 Rapper Teephlow has asked Medikal to stop deceiving up and coming musicians with a false representation of the source of his wealth.

This comes on the back of the recent banter between the two which resulted in them throwing jabs at each other.

Medikal made tweets to suggest that he was richer and more successful than the Fante rapper.

TeePhlow, has in an interview with Zylofon FM has responded to Medikal claims, saying he did not acquire his wealth with revenue he got from his music business.

“I don’t have a problem with MDK and his hustle but he should quit deceiving and misleading the young ones into thinking his success is as a result of that his nyaaa music,” he said.

Earlier this week Medikal tweeted that: “Most of y’all upcoming rappers are trapped within the mindset of impressing and competition. You will always get the applauds and cheer critics but due to lack of uniqueness, your shit will be stuck in your ass.”

TeePhlow who felt that was an attempt to discourage artists who are making an extra effort to advance the art form replied.

“It’s Called Passion for real Arts and poetry bro. if you not interested Don’t discourage others.
We can’t all Rap the same,” he wrote.

The Vodafone Ghana Music Awards Record of the Year award winner went further to say the industry must encourage artists to do quality works and stop glorifying those flaunting sums of monies that are inconsistent with their revenue numbers.

I'm a radio Dj,blogger,teacher and entertainment critic who loves music and like promoting creative art to the world.
Previous Andy Dosty apologises to Okese 1 for sacking him from his show
Next I won’t label my wife as a cheater even if she ever falls in the arms of another man – Okyeame Kwame