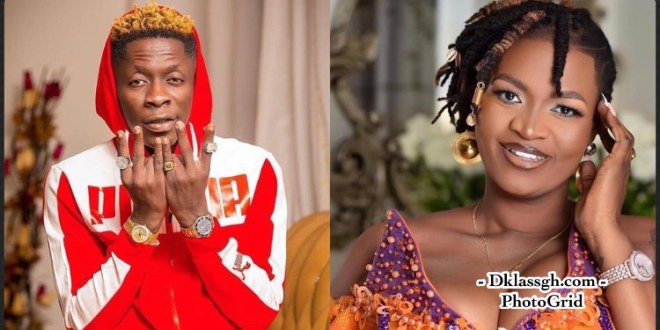 The beef between Aisha Modi and Shatta Wale is boiling hot.

Shatta Wale took to Instagram to unleash some salvos on Ayisha Modi after she accused him of sleeping with his cousin called Magdalene.

Shatta said that Aisha is not rich as she claims. He said the Stonebwoy number one fan, claims she is married to a rich man, so she can get bragging rights.

He also added that whenever Aisha travels outside the country, she engages in prostitution, threatening that he will slap her when they meet.

Unfazed by the rants by the Dancehall King, Aisha Modi has also replied Shatta Wale.

According to Ayisha, Shatta Wale pimped Michy to NAM1 for money and his ship house mansion in East Legon.

I'm a radio Dj,blogger,teacher and entertainment critic who loves music and like promoting creative art to the world.
Previous Kuami Eugene says he will not forgive anybody who fights him on social media
Next I Charge GHS 800 For Just One Instagram Post – Moesha Buduong Reveals