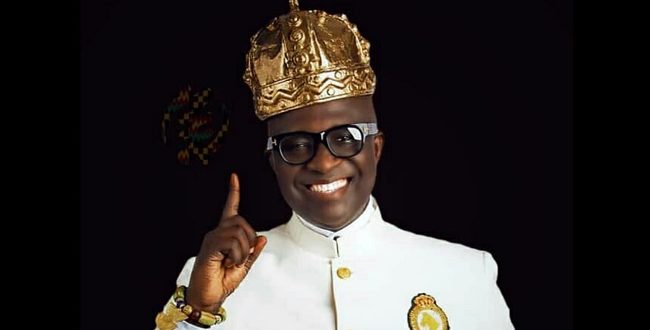 S£x with Ewuraffe Thompson was pleasurable – KKD on rape allegation

Showbiz doyen, Kwasi Kyei Darkwah (KKD), has shared the experience he had with Ewuraffe Orleans-Thompson, the nineteen-year-old student she was accused of raping at the African Regent Hotel in 2014.

He said on Kingdom Plus 101.9 FM that he had a pleasurable time with the lady because it was consensual sex.

According to Master Communicator, the report was just a plot by some people to tarnish his image.

He recounted how the lady groped him, kissed, and had good sex with him, suggesting that it was the lady who initiated the intercourse.

“We were happy. What happened between us was really pleasurable,” he told Fiif Pratt.

KKD was arrested at the African Regent Hotel after a complaint was lodged by a young man who was identified as the lady’s boyfriend.

Later, the lady in question withdrew the case from court.

However, a lot of people expressed disappointment in him on moral grounds, saying it was not right for a man of his age to have had sex with the nineteen-year-old girl.

I'm a radio Dj,blogger,teacher and entertainment critic who loves music and like promoting creative art to the world.
Previous Music Is Just Like Any Other Business, You’ve Got To Invest – Sarkodie Advices fellow Artists
Next Rebecca Akufo-Addo prays for her husband, Nana Addo