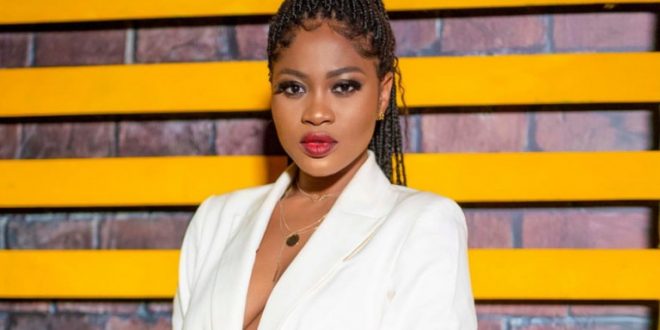 Ghanaian songstress, Eazzy has revealed that she’s not into any serious relationship for the past two years but enjoys her body with the affair.

Speaking in an interview on Kingdom Plus FM, the missing in action singer noted that despite not being in a relationship, she has male friends who chop her anytime she feels for it.

According to her, she’s not in any committed relationship, and the male friend is just about they enjoying themselves with pleasure without hard feels.

Eazzy emphasized that she’s not a fan of bedroom activities but the last time she has an affair was just last month.

She added that she has used S3x-toy to satisfy hers when she was in the University but stop because she prefers having the man’s body to that thing.

I'm a radio Dj,blogger,teacher and entertainment critic who loves music and like promoting creative art to the world.
Previous A Wise Man Knows How To Cheat On His Wife Without Getting Caught – Says Rev. Obofour
Next Music Is Just Like Any Other Business, You’ve Got To Invest – Sarkodie Advices fellow Artists