Breaking News
Home / Entertainment / A Wise Man Knows How To Cheat On His Wife Without Getting Caught – Says Rev. Obofour 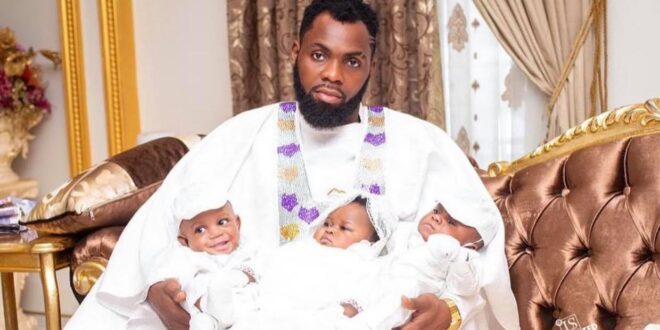 A Wise Man Knows How To Cheat On His Wife Without Getting Caught – Says Rev. Obofour

General overseer of the Anointed Palace Chapel, Francis Antwi, popularly known as Rev. Obofour has advised men to be tactical with their extra-marital affairs.

In what was meant to be his advice for a newly wedded couple, he asked the groom to keep all his sexual escapades with other mistresses private.

Rev. Obofour made such comments while officiating a wedding ceremony between gospel musician, Brother Sammy’s manager (Romeo), and his long-time girlfriend which took place in Kumasi.

“Every wise man cheats without his wife finding out. Every wise man switches his phone off when he arrives home. Every wise man does not disturb his wife to the extent that she contracts high blood pressure. Every man who respects his home does not talk to other women in the presence of his wife.

“Every wise man saves the names of his girlfriends as ‘cement owner’, ‘languard’ etc. to avoid being caught. For instance, if I’m walking in town with my wife and I meet my girlfriend, I won’t even smile. I’ll put up a straight face,” he stressed.

Rev Obofour added that no man on the surface of this earth can remain faithful to one woman.

“No man can ever tell me that he has never been unfaithful to a woman. No man can proudly hit his chest and say he has never dated more than one woman at the same time. That is a lie, I call it a concert. What are you talking about?” He emphasized.

What the Bible says about adultery:

There are several verses in the Bible that condemn infidelity. “You shall not commit adultery.” Exodus 20:14 says as part of the ten commandments.

“Marriage is honorable among all, and the bed undefiled; but fornicators and adulterers God will judge.” Hebrews 13:4 echoes.

I'm a radio Dj,blogger,teacher and entertainment critic who loves music and like promoting creative art to the world.
Previous ‘Amanfour Girls’ hit maker Quamina MP survives accident
Next I’ve Male Friend Who Comes To Sleep With Me When I’m In The Mood For Bedroom Action – Eazzy