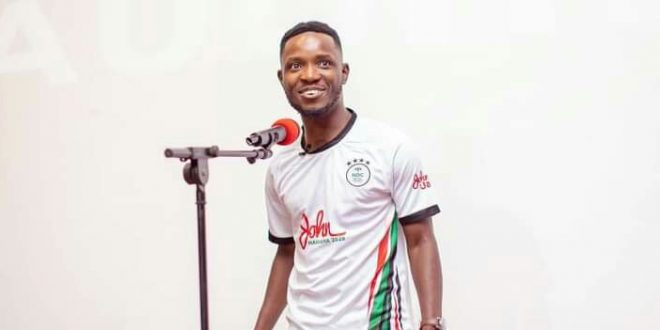 Recently, Teacher Kwadwo got a lot of people talking after he pulled a fast one on the public with a shirt that had John Mahama’s campaign photos on the front and Nana Addo’s at the back.

When he entered the auditorium at the Laughline Comedy show, he had a hoodie on.

When he took it off, some people were disappointed at seeing John Mahama, the flagbearer of the NDC in front of his shirt. They may have thought that he was into a campaign for John Mahama.

He then turned his back to them and conspicuously showing was Nana Addo’s as well.

This got people thinking about what political agenda he wanted to achieve with the performance but Teacher isn’t ready to stick his neck out for any party until they pay him.

He said on Ghana Weekend TV with Kwame Dadzie that if he is given $10,000, 8 bedroom house and car, he will campaign for a political party.