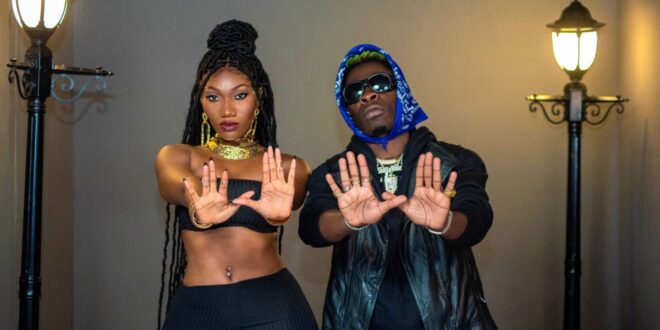 Wendy Shay and Shatta Wale have a new song coming up and the songstress has just taken to Twitter to reveal the date for its release.

Sharing a photo of herself and the African Dancehall King, she wrote that the song would be released on 4th September 2020, the birthday of Beyonce.

“On the 4th of September this Friday , Is my Godmother@Beyonce‘s birthday And I’ll be releasing a Banger with my Godfather @shattawalenima Thank you Godfather for the link This is SpiritualRaised fistSparkles #SHAYGANG #SM #Rufftown #WisdomSign”

The Uber Driver hitmaker already has a song with Shatta Wale titled Steve Wonder. The song since its release has garnered about 3.5 Million views on Youtube.