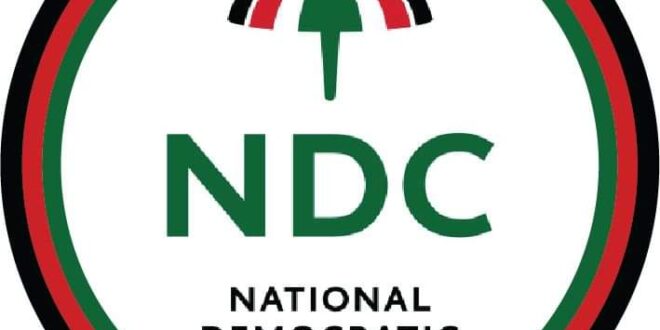 The National Democratic Congress Ahanta West has inaugurated Constituency campaign team who will coordinate all party activities to secure victory in the December 7th polls.
The team which will be led by the Constituency chairman comprises the 7 front line Constituency executives as well as representatives from the former executives, former appointees like DCEs, cadres and special interest clubs like the physically challenged.

Inaugurating the team, Mr Joseph Nelson who is a member of the regional campaign team and leader of the delegation from the region urged the party to stay focused and united, for that is the only way we can secure victory.

In a speech read by Hon Ebenezer Essien (Dep regional Comm. Officer) on behalf of the flag bearer, His Excellency John Dramani Mahama assured the party and Ghanaians at large that “we have been tasked by destiny with nothing less than pulling Ghana back from the edge of disaster. We are charged with executing a RESCUE MISSION to alleviate hardship and suffering . It is a rescue mission to halt the corruption and collapse of our Democratic institutions and restore hope and confidence in the future.”

The chairman of the campaign team who doubles as the Constituency chairman in his speech also added his voice to the need to ensure party unity at all levels, as that will secure victory for us.

The Constituency campaign team is expected to immediately move to the breaches and form the breach campaign teams that will be deployed for victory in the elections.

The team members are as follows.