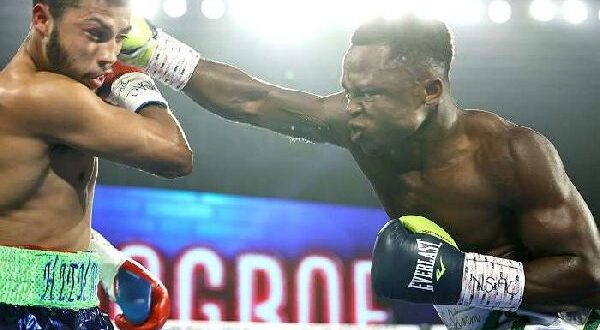 Former junior featherweight world champion Isaac ‘The Royal Storm’ Dogboe made a triumphant return to boxing after an eighth round technical knock-out to Mexican-American Chris Avalos. 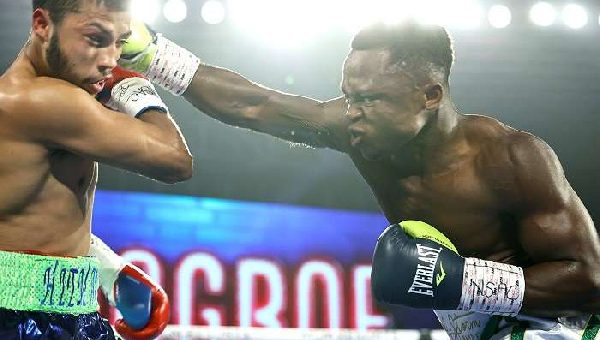 It was a featherweight bout at the MG Grand in Las Vegas, USA on Tuesday night.

The former WBO champion has been out of boxing since losing his title reclaim bout to Mexican Emanuel Navarrete in May, 2019.

But he showed that he had made amends after stopping Avalos in his tracks.

It was open exchanges in the first two rounds but the Ghanaian proved to be the sharper puncher afterwards, throwing consistent jabs at the Mexican-American.

The Royal Storm was, however, deducted points in Round 5 by referee Russell Mora after he landed a low blow on Avalos.

Unfazed by this, Dogboe scaled up his punches, bruising the face of his opponent.

Avalos’s punch output dropped significantly with each round and with a few minutes to the end, he received a Dogboe left hook, which dazed him.

Dogboe was for the first time without his father, Paul, who had not made the trip because of the border closures in Ghana.

Paul had told 3news.com in Accra that his son was “determined” to knock out his more experienced opponent.

In Dogboe’s corner on the night was Barry Hunter.

“I heard his voice and he told me to take my time,” said Dogboe after the bout.

“I set up everything with jabs.”

THAT is how you debut in the Featherweight division. ????@IsaacDogboe was on point the entire way, and ultimately stoped Chris Avalos in the 8th and final round.#ValdezVelez | LIVE NOW on ESPN

I'm a radio Dj,blogger,teacher and entertainment critic who loves music and like promoting creative art to the world.
Previous Afia Schwarzenegger’s twins sacked from WASSCE Examination Hall
Next Believe in me for a new Ghana – GUM Flagbearer