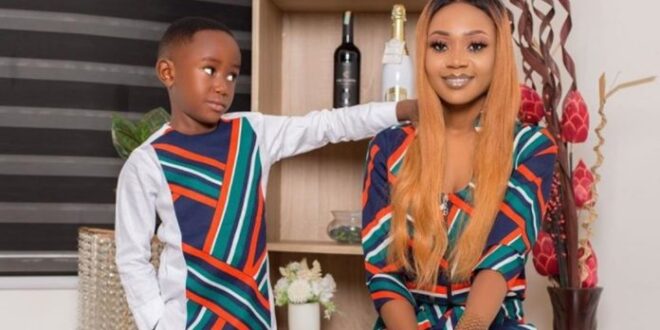 Akuapem Poloo’s son has pleaded with Ghanaians to forgive his mom over the nude photos she shared on her Instagram page on his birthday.

The self-acclaimed drama queen has been under serious backlash after she posted a photo of herself standing n@ked in front of her son.

After all the backlash, the actress and drama queen was invited by the CID as they investigate her photos and it’s been alleged that she’s yet to honor the invitation

I'm a radio Dj,blogger,teacher and entertainment critic who loves music and like promoting creative art to the world.
Previous Biakoye District NASPA distributes Oover 200 nose masks to each each service personnel in the District
Next D’Banj Sues Lady Who Accused Him Of Rape For N1.5billion