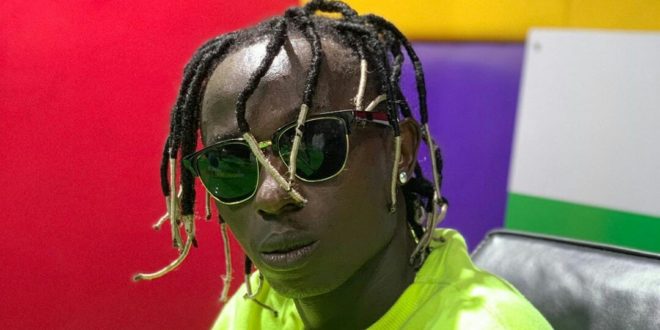 Patapaa has revealed that he has a dislike for Lynxx Entertainment Signee Kuami Eugene.

One-corner hitmaker, Justice Amoah popularly known as Patapaa in an interview with Sammy Kay on the Go online show has stated he is the new face of highlife music in Ghana.

According to the Swedru-based noisemaker who is parading the streets of the country as a musician, Kuami Eugene is not as best as he proclaims to be.

The Patupa soldier also said, the essence of highlife music is to make your listeners who are mostly the elder appreciate and understand the song produced.

To him straining of voice when singing does not make one a highlife musician, hence Kwami Eugene should not be seen as a highlife artiste.

I'm a radio Dj,blogger,teacher and entertainment critic who loves music and like promoting creative art to the world.
Previous Female Nigerian Rapper Eva Alordiah Reveals Why She Stopped Wearing Bras
Next Ghanaian COVID-19 patient threatens to take her own life over stigmatization