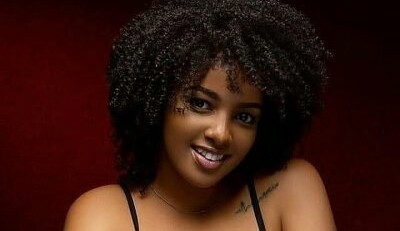 According to this lady, she wants the boyfriend who will be ‘chopping’ her 6 times a day.

Well, in my opinion it is too much and moreover the guy is not a machine too chopping you 6 times a day, 48 times a week 80 times a month and 2190 times a year.

According to her, this is not too much to ask for from her boyfriend and as such he should be able to do it.

Probably, she should get herself a machine to help her satisfy her needs. 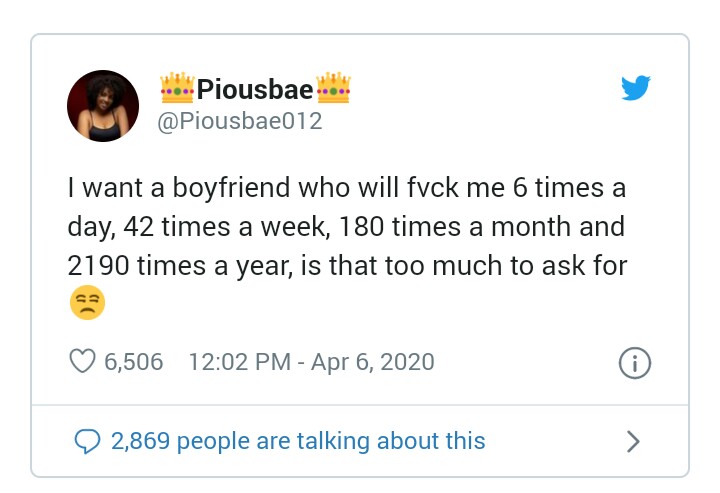 I'm a radio Dj,blogger,teacher and entertainment critic who loves music and like promoting creative art to the world.
Previous [New Music] Zadour ft Sean Khare (Prod by Zadour)
Next Youtube Deletes Ball J’s ‘Lullaby’ Diss Song To Sarkodie Because It Was Recorded With A ‘Stolen’ Beat