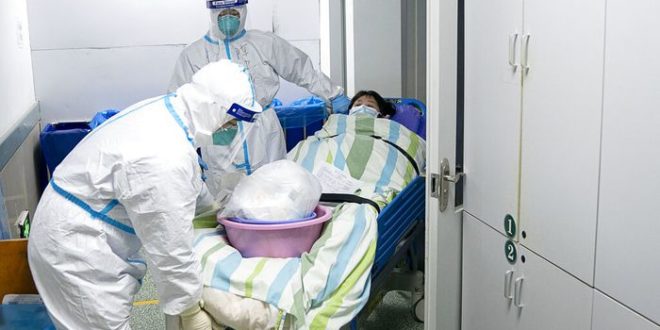 Coronavirus Cases In Ghana Jump To 52

The government has confirmed 25 new cases of Coronavirus in the country.

This brings to total, 52, the number of cases confirmed in the country with two deaths recorded.

The 25 new cases were confirmed among the 1,030 people who are under mandatory quarantine in the country after arriving at the Kotoka International Airport hours to the deadline for the closure of the country’s borders.

The Minister of Health, Kweku Agyeman-Manu who made the announcement on Tuesday, March 24, 2020 said other persons in mandatory quarantine are yet to be tested.

“Out of the 185 test results received, we have 25 of those quarantined tested positive. If we add on to the earlier number of 27, it means we have 52 people testing positive in our country at the moment,” the minister said.

He said the 25 new patients have been handed over to the case management team and are being sent to various isolation centers for treatment.

“We have deployed psychologists to have chats with them. We are also in the process of handing them over to case management teams we have set up and they have started taking them to isolation centers for treatment,” he said.

The Minister added that persons who have already been tested negative but in mandatory quarantine will be kept until the full 14-day period before they are released if they show no symptoms.

611 people out of the 1030 people in self-quarantine have so far been tested for the Coronavirus and only 185 of the number have their results released.

The Ministry is yet to receive the remaining result.

Over the weekend, the Lebanese patient among those confirmed to have contracted the novel coronavirus in Ghana died.

The deceased, a 61-year-old man, reported to a health facility in Kumasi with a fever and cough.

His temperature was 39.4 degrees Celcius.

He reportedly had other critical underlying health condition before his death.

Another patient was reported dead on Monday, March 24.