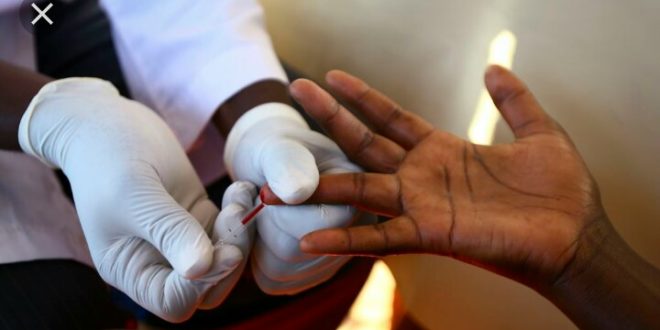 One thousand and seventy-two persons made up of 636 females and 436 males in 2019, tested positive to the Human Immunodeficiency Virus (HIV) in Tema.

Eight hundred and seventeen of the number tested at Tema South where Tema General Hospital, a referral hospital is located while Tema North accounted for 103 of the cases; Manhean and Community One Clinics tested 78 and 74 respectively.

Madam Adzre indicated that 190 out of the figure were pregnant women who tested positive under the Preventive Mother to Child Transmission (PMTCT) programme which seeks to prevent the transmission of HIV from affected mothers to their foetus.

Giving more details on the PMTCT, she noted that out of a total of 11,768 antenatal clinics (ANC) registrants in 2019, 11,278 were tested for HIV at the early stage of pregnancy while 11,037 retook the test at 34 weeks of their gestation.

She stated that her outfit was working hard to reduce new infections among the population of Tema Metro and its environs by at least 10 per cent as well as to achieve the global aim of having at least 90 percent of the people to test to know their status, 90 percent of those testing positive to receive sustained Anti-Retroviral Treatment (ART) and 90 per cent of those on ART to have their viral load suppressed.

Touching on their challenges, she revealed that HIV services were not integrated into other services, missing opportunities of infants born to HIV positive mothers at Child Welfare Clinics (CWC) and inpatient wards in addition to lack of support from the Metropolitan Assembly, weak load testing programmes and financial constraints among others.

I'm a radio Dj,blogger,teacher and entertainment critic who loves music and like promoting creative art to the world.
Previous Burna Boy Voted 2019 Most Influential Young Nigerian
Next I’m Ordering Guns And Ammunition to Protect My Daughter – Samini