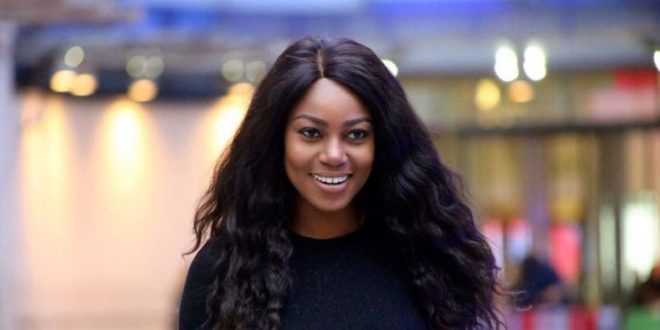 Ghanaian actress and movie produver, Yvonne Nelson may mention some names of movie producers who owe her, soon.

In a tweet she said if people don’t stop gagging Kofi Adjorlolo for making claims that seven movie producers owe him, she would be tempted to mention names of such producers who owe her.

“They shouldnt get me started! If i hear anyone attacking Kofi again eeeh, I dont want to open that 2010 book! I dont wanna start! I will mention all the names, the demons in that era tried me! But God had better plans for His daughter,” she tweeted.

A few days ago, actor Kofi Adjorlolo said that seven movie producers owed him for his roles in their movies.

He complained that while some of the producers don’t pay actors in full, up and coming actors hardly receive any pay at all.

After his revelation, movie producer Michael Ola came out to say he did not pay Kofi in full because he did not complete his shoot.

Meanwhile, the President of the Film Producers Association of Ghana (FIPAG) has asked Kofi to apologise for not resorting to internal structures.

They have given him 14 days to apologise or face punitive measures from the association.

I'm a radio Dj,blogger,teacher and entertainment critic who loves music and like promoting creative art to the world.
Previous P0.rn Websites Are The Best Place To Sell Music – Mr. Eazi Reveals
Next I Even Wish The ‘Duration’ Of The VGMA Ban Is Extended – Stonebwoy