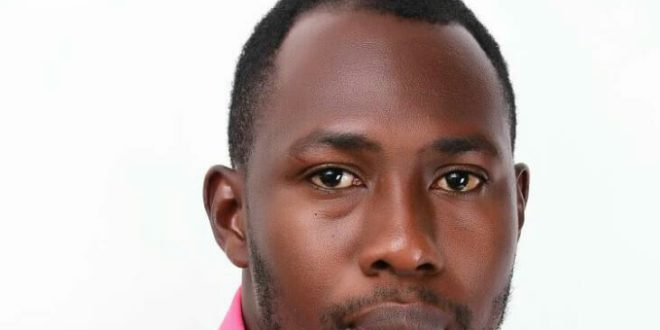 Though a lot of astute football administrators have eyed the vacant District Football Association Chairmanship position. But it takes an experienced and a profesional like Gozzo Fred for that position to help football in Ghana and Eastern Region to develop.

“In his private life, he has always been a football loving fan, understands football and has been a part of football except that he wasn’t into mainstream football. After establishing Great Warriors for the past years which brought him to the mainstream football administration, he has achieved a lot with Great Warriors by consistently bringing foreign investors and scout to hunt for talented players to Europe. Gozzo Fred organized a lot of coaching and player registration seminars for clubs in the Aburi East District.

And also, ensuring that the Great Warriors team maintains it’s standard and compete in all domestic competitions, paying huge homage to Players, Officials and the football fraternity, just to mention a few.”

Gozzo Fred unflinching support during Eastern Special Cup which showcased the Regional Football after the Anas expose brought football to an abrupt end in 2018. He was very instrumental in the success of the Eastern Cup Competition.

He should be considered for the position because he can do it and do it well.

I'm a radio Dj,blogger,teacher and entertainment critic who loves music and like promoting creative art to the world.
Previous Vote Against Any Party That’ll Cancel “Year of Return” – Bulldog
Next Sell Your P*ssies To Become Your Own Boss – Princess Shyngle Advises ladies Asisat Oshoala, a striker for the Super Falcons of Nigeria, has entered the 20-person shortlist …