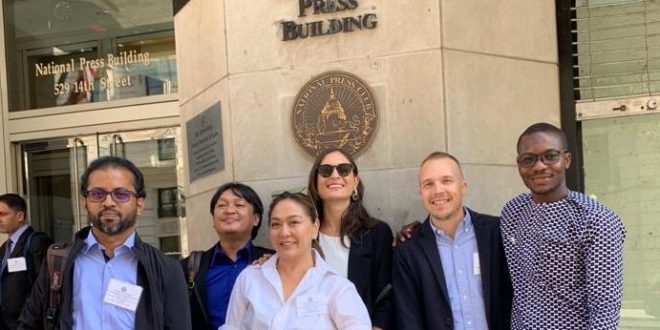 GBC Sunrise FM’s Morning Show host, Mohammed Zunurene, gained nomination and subsequent selection as one of three Africans to be part of a 23-member global team of media/communication practitioners to participate
in the 2019 edition of the highly prestigious and competitive US Department
of State’s IVLP’s Edward R. Murrow Fellowship in the USA. 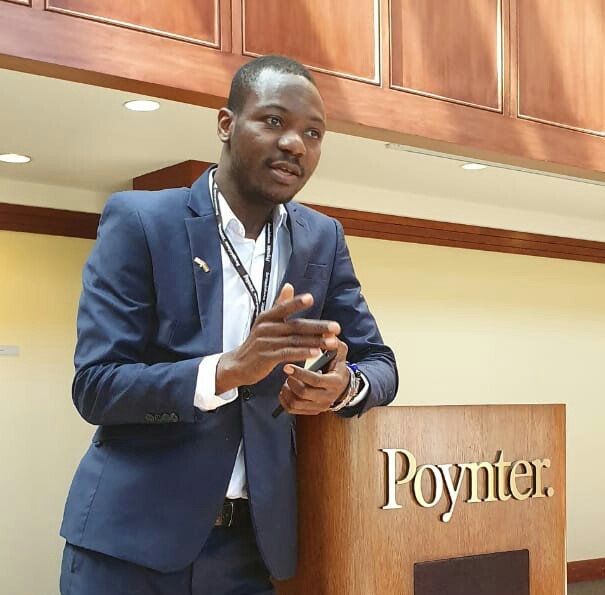 The programme, which was on the theme Research and Investigations, drew other distinguished participants from Australia, Finland, Denmark, Albania,Liberia, Philippines, Cambodia, Nepal, Macedonia and Sri Lanka. There were
also representatives from Myanmar, Brazil, Uruguay, Laos, Vanuatu and Indonesia. Participants were taken through a three-week fully funded professional study tour of some of the United States’ biggest, historic and most influential media/other organizations.

The study visit took the team to Washington DC, New Mexico, Florida, Pennsylvania and the New York City. As part of the programme, participants explored current relevant media topics such as disinformation, fake news, federalism and first amendment: US journalism in the digital age, fact checking, investigative reporting, data journalism, solution journalism etc. They had firsthand experience of operational practices and standards as pertains in institutions in the States as well as gained insights into the socio-economic, political and cultural structures of the country. They also delved into the laws, values and ethics that underpin journalistic investigations and other practices in the US and
how these have influenced the country’s past and present situations.

He, thus, becomes eligible for a number of valuable online resources, networks and project funding opportunities from organizations around the world. He is qualified also to compete for the annual Alumni Engagement
Innovation Fund. Though not a native Akan, Mohammed Zunurene blends English and Twi so well on his programme to the amazement of all. From a humble beginning, he has over the years proven his unmistaken professionalism and subject matter grasp through his balanced, objective, fair and unbiased style of presentation and treatment of issues. This has earned him the respect and admiration of all, regardless of political or other leanings. His exceptional interviewing skills, sense of humour, knack for appropriate and timely music selection, and alluring voice sets him apart from his competitors. 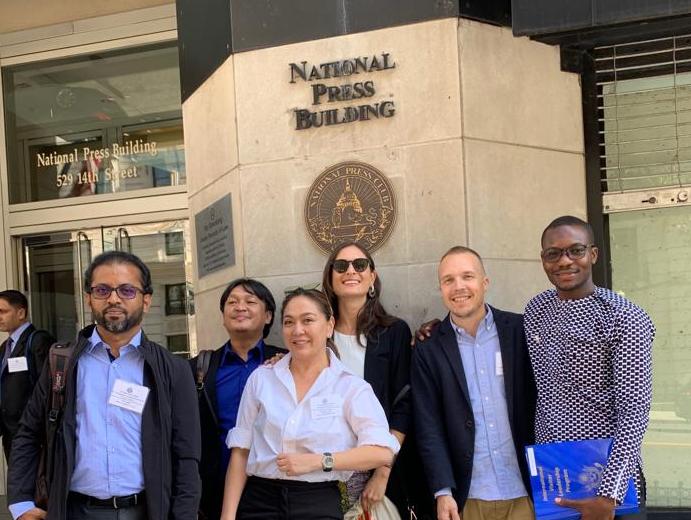 Aside the Morning Show, he also host and co-produces other programmes such as Events in Focus, Caravan of Love and the Future Leaders programme-one of the very few children’s programme’s on radio. Owing to his concern for the welfare of children and the quest to better the lot of the underprivileged in society, he in collaboration with the Station initiated the “Help Keep a child in school project”. A project which is aimed at soliciting funds or school items from kind hearted members of the public and donating them to identified needy pupils in some of the public basic
schools.
Before his current duties, his versatility and adaptability had seen him have stints with programmes such as the Lunch Time Rhythms, Busy Time, Drive Time, Entertainment Chart Show, News Anchoring etc., all of which he
carried out with exceptional flair. Alhough he gives attention to almost all the myriad of pressing issues that
affects his publics and Ghanaian society at large on his show, he has particular interest in issues pertaining health, education, environment, culture, children, human rights and corruption. He has gained nominations in several of some of the prestigious awards in the country.
He holds a Masters Degree in Communications from the University of Ghana’s School of Communications Studies, A degree in Educational Foundations from the University of Cape Coast and a host of other professional/career enhancing certificates. About the IVLP The International Visitor Leadership Program seeks to build mutual understanding through carefully designed visits that reflect visitors&#39; professional interests and support for the foreign policy goals of the US Department of State and US embassies abroad.
Projects focus on issues of timely importance to the US and the visitors&#39; own countries.

Ghanaian Alumni of the IVLP span from political leaders, members of the
judiciary, legislature, and media. 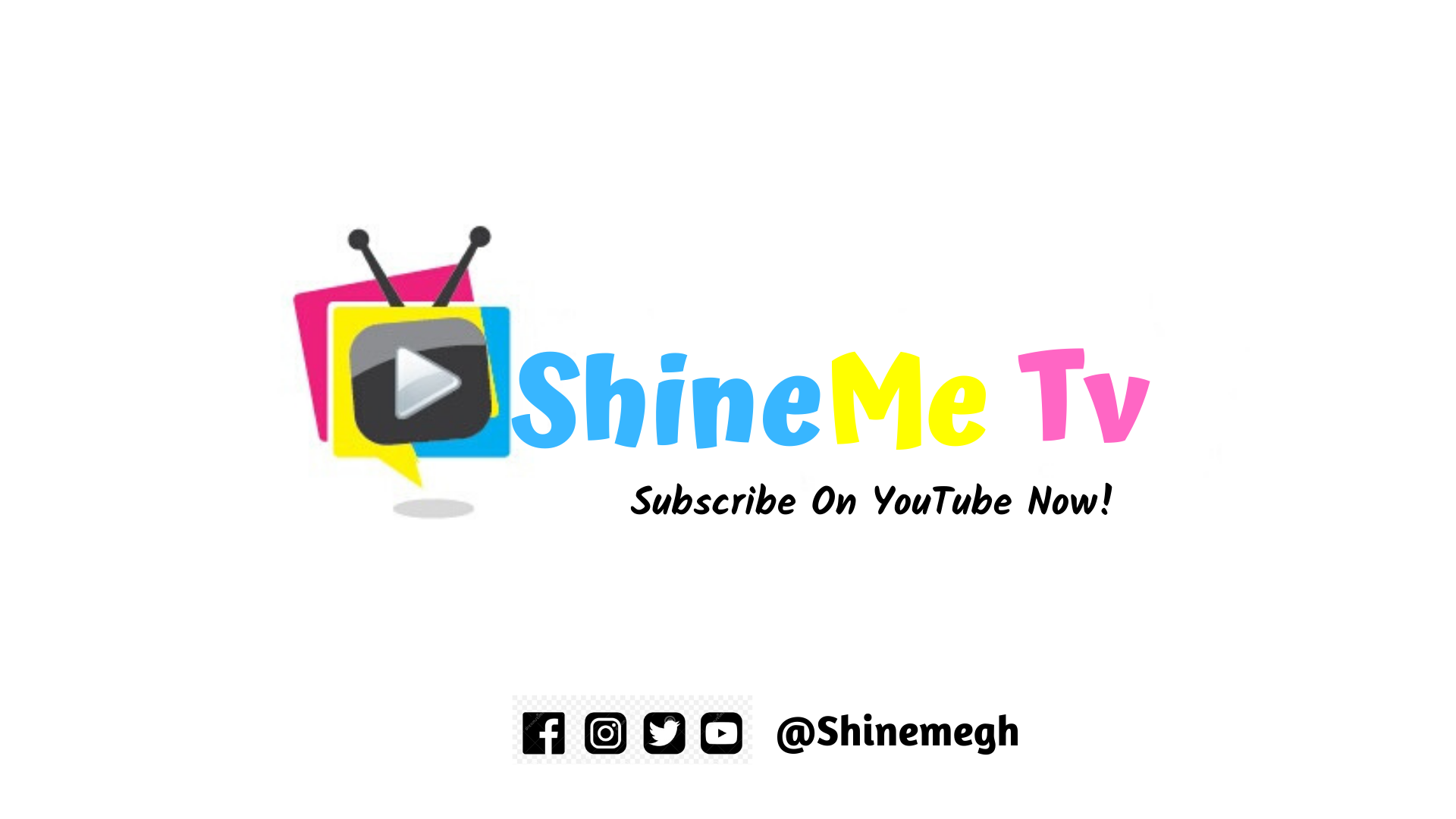 I'm a radio Dj,blogger,teacher and entertainment critic who loves music and like promoting creative art to the world.
Previous The Legend of Zelda: Breath of the Wild gameplay on the Nintendo Switch
Next [New Music] Popoh ft Spicer – Godiga (Prod by Ikondebeatz)