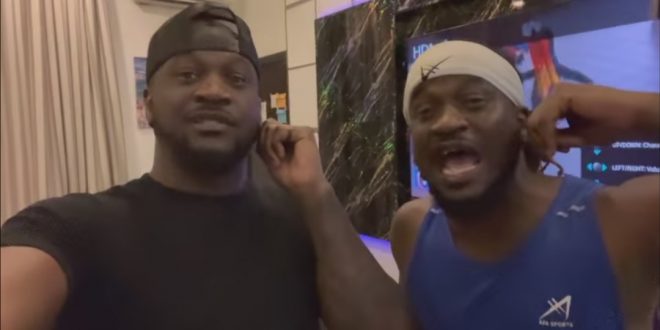 P-Square back again as Peter and Paul announce historic comeback

P-Square fans must be super-excited following the announcement of the group’s comeback by the Okoye brothers.

While breaking the news, the brothers didn’t hesitate to mention fellow artiste Davido and some influential members in the country, who they called on to support their comeback.

The twin brothers have been embarking on their own solo projects since 2017 after the group was disbanded in 2016.

Born in Nigeria in 1981, twin-brothers, Peter and Paul formed music group, P-Square, which dominated the afro-pop scene in the late 2000s till their split was officially announced in 2017.

I'm a radio Dj,blogger,teacher and entertainment critic who loves music and like promoting creative art to the world.
Previous Man requests for refund after he mistakenly sent Davido N5,000 twice
Next Rocky Dawuni’s ‘Voice of Bunbon Vol 1’ earns Grammy nomination