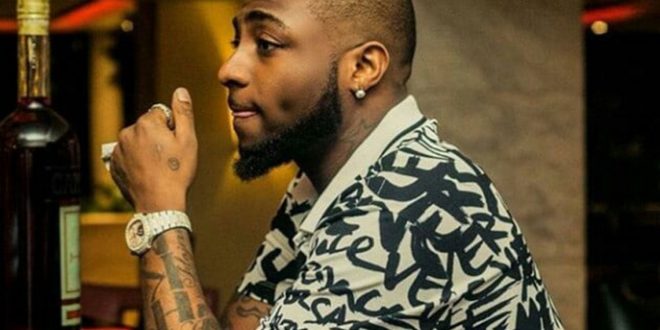 A random man who decided to join the new trend started by Davido whereby he asked his fans and celebs to show him love by sending him money ahead of his birthday on November 21 has stormed social media to make a case.

The man is crying for a refund after he mistakenly sent N5,000 twice. The young man claimed while showing his loyalty to his idol by sending the little token he had, he, unfortunately, initiated the transaction twice.

He then asked the multiple award-winning singer to be kind enough to reimburse the money after which he went ahead to provide proof of the erroneous transaction he made.

The serial hitmaker and music executive had earlier announced that anyone who has listened to his hit song should send him cash, after which he posted his account details online.

What started off as a joke has become a mega day for the singer after he started receiving millions of naira from several people.

He had claimed he would use the money to clear his new Rolls Royce from the port. ”If u know I’ve given you a hit song .. send me money …. una know una selves oo”, Davido tweeted.

As of yesterday in the afternoon, the singer had received over 70 million naira in his account.

Beyond that, Davido said Wema Bank has invited him for a scheduled meeting over the huge money he received.

The money keeps swelling and the latest development is that he’s close to N200m.

This has sparked a new frenzy amongst other celebs, some of whom have started the same ‘challenge’ to test the loyalty of their fans.

It must be noted that Davido said he has been helping a lot of people in the past and ahead of his birthday, he wants to see how much he’s loved.

I'm a radio Dj,blogger,teacher and entertainment critic who loves music and like promoting creative art to the world.
Previous [New Music] Mighti Man – Y3 B3 BLOW (Prod by Fox Beatz)
Next P-Square back again as Peter and Paul announce historic comeback