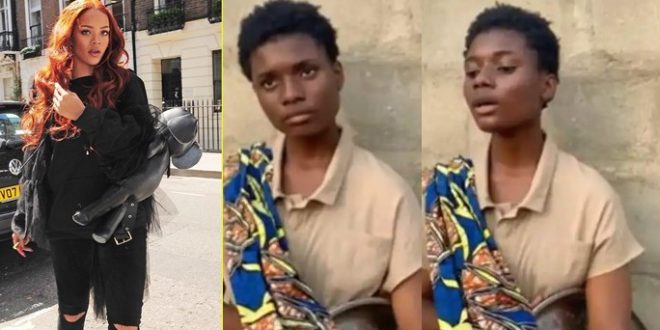 The 17-year old Nigerian whose angelic voice captivated Nigerians and the rest of the world when a viral video of her singing and had fame knocking on her door has another thing to be cheerful about.

Salle, whose outlook in the aforementioned video reveals she comes from a poor family, wowed netizens with her unadulterated voice when she jumped on a random beat and delivered a beautiful rendition after some people discovered her talent and decided to shed light on her.

The young lady has further gotten endorsement from industry greats such as Don Jazzy, Tunde Ednut, and others in this new development, American superstar Rihanna has also noticed her talent and gave her a call hours ago.

She revealed via a tweet on the page that Rihanna called her.

”I got a call from Rihanna,” she wrote.

Meanwhile, watch the first video of Salle that brought the internet down on its feet days ago.

I'm a radio Dj,blogger,teacher and entertainment critic who loves music and like promoting creative art to the world.
Previous Today’s front pages: Thursday, September 23, 2021
Next Yes, My Bodyguards And I Beat Lord Paper At The Club – Bosom P-Yung Tells What Happened