Breaking News
Home / Entertainment / Yes, My Bodyguards And I Beat Lord Paper At The Club – Bosom P-Yung Tells What Happened 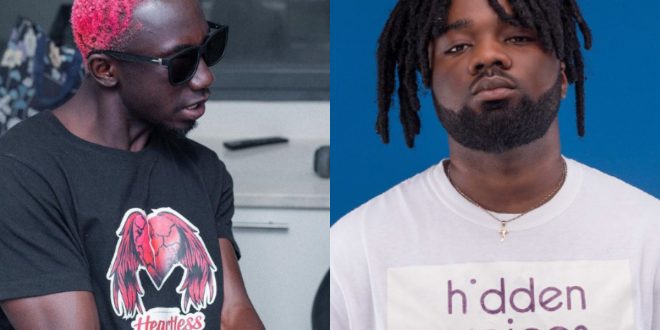 Bosom P-Yung has confirmed an altercation that ensued between Lord Paper and his team.

He narrated what happened in an interview with ZionFelix.

The ‘Ataa Adwoa’ composer recently expressed his disappointment in Lord Paper after he released a song without his part.

After they met at a club, P-Yung said Lord Paper was not ready for them to talk about the issue.

He stated that he wanted them to settle the issue, but Paper used some unpleasant words against him.

His utterances pushed his team to beat him.

P-Yung admitted to having punched him lightly.

The Ghanaian musician explained why he always walks with security.

Watch the full interview below.

I'm a radio Dj,blogger,teacher and entertainment critic who loves music and like promoting creative art to the world.
Previous Young Nigerian girl with the voice of an angel gets a surprise call from American superstar Rihanna
Next Today’s front pages: Friday, September 24, 2021